The Vessel – A Tourist’s Stairway To Heaven 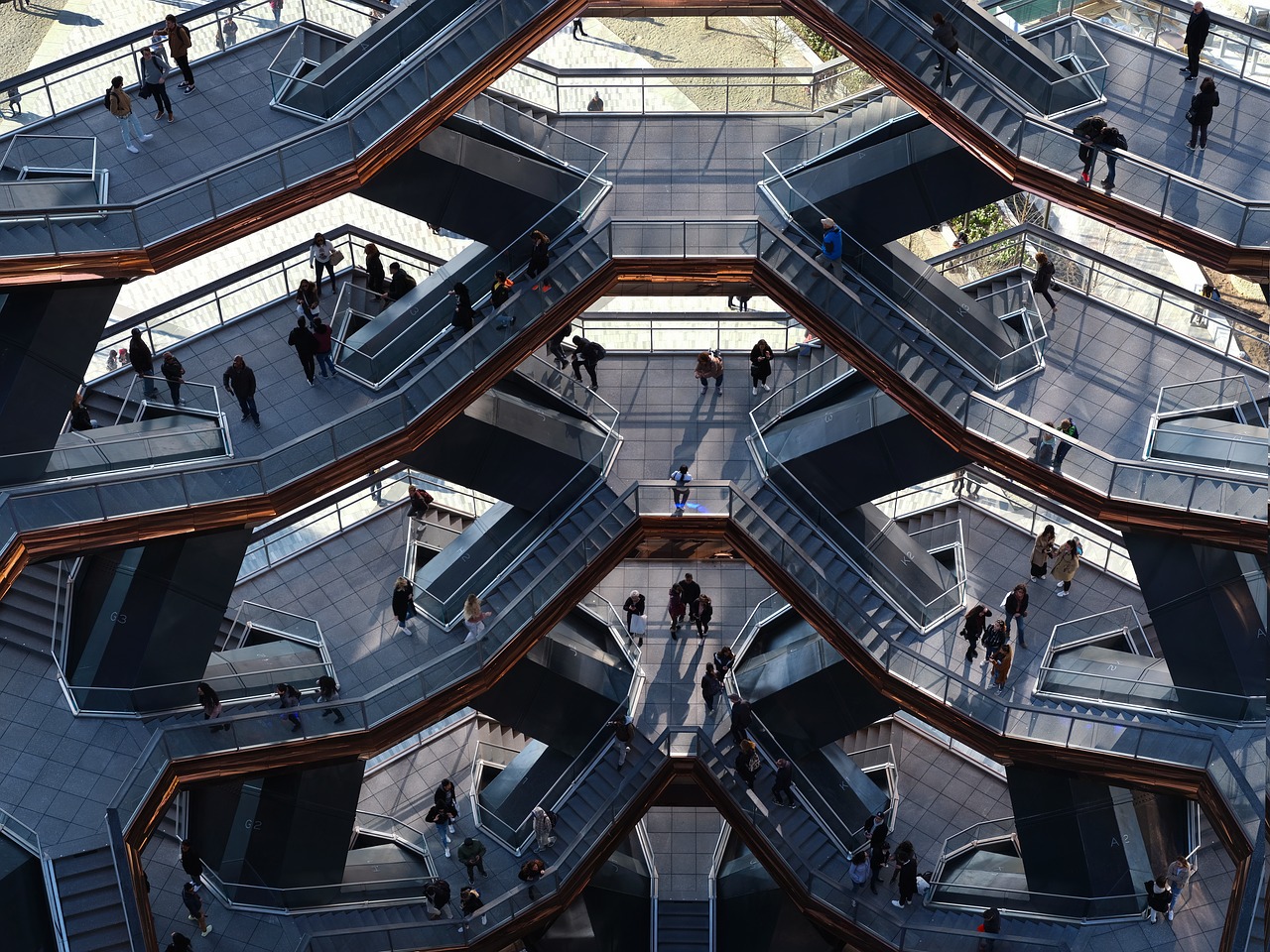 Is it an alien spaceship ready to blast off? Is it a modern piece of art that only the sharpest eye critics can unlock? Is it an interactive game of King of the Hill? Is it a new-age, sweat inducing stair-master? Is it a motivational tool to show that all mountains have a summit within reach to committed climbers? Is it an experiential life altering catalyst that puts your entire existence into perspective?

The answer is YES! New York City’s hottest new attraction, dubbed “The Vessel,” is all those things to all kinds of people. Methodically centered in the Hudson Yards complex, this structure comprised of spiral staircases is a landmark meant to get tourists’ feet moving.

The Vessel boasts all new perspectives of the city from its different heights and angles, equating to 154 flights of stairs, 2,500 steps, and 80 landings. With an array of multiple vantage points, crowds ascend the giant copper-coated honeycomb to take in the beauty of the Hudson Yards complex which surrounds it, and the Hudson River which runs along side of it.

The actual concept and design was the brainchild of Thomas Heatherwick and Heatherwick Studio. The British design has been a major player in the industry since the late 1990s. Heatherwick and his team of about 180 architects, designers, and makers create some of the most awe-inspiring and eye-widening buildings, spaces, infrastructures, and objects ever imagined. Their resume includes such wonders as: the UK Pavilion – Shanghai, China; Al Fayah Park – Abu Dhabi, United Arab Emirates; Maggie’s Yorkshire – Leeds, United Kingdom; Learning Hub – Singapore, Singapore; and many others.

How Much Do I Have To Spend?

Tickets to The Vessel are free. To actually climb the attraction, you will need to have tickets. According to the official hudsonyardsnewyork.com site, you can receive Advance Tickets which are made available for two week time periods. The site reads “Each day at 8:00am EST, a new future day of on-line booking is made available. Same-Day Tickets: Every morning beginning at 9:30am EST, same-day tickets are made available on-site at Hudson Yards. Upon arrival, speak with a Vessel Ambassador in the Public Square and Gardens. Tickets are available for time slots throughout the day. Monday-Sunday: 10:00am-9:00pm.”

Viewing the Vessel from a NYC Helicopter Ride

Viewing The Vessel from the best possible angle, just like any NYC Landmark, will always be from up in the air on a NYC helicopter ride. Luckily for visitors, you don’t have to create a custom flight path to view it overhead, as it is included on NYC’s top sightseeing purveyor, Liberty Helicopters. The attraction can be seen from Liberty Helicopters’ tours, which includes the Big Apple and New York, New York tours, as well as flights leaving from its Kearny, New Jersey Heliport, which includes the Harbor View and City Lights Ride tours.

Whether on the ground or up in the sky, make sure your phone or camera battery is fully charged because this is one photo you’ll want to share with your family and friends! Additionally, one of the most coveted photo opportunities on The Vessel lies within its direct center. You might have to fight the crowds to shoot in this location, but the result is simply kaleidoscopic.

If you choose to walk the structure, make sure you’re well-hydrated and that your legs have been primed to endure step-after-step of the spiral leviathan. It can be a bit of a huffing and puffing fest for anyone without a strong set of lungs, so we encourage you to be prepared before visiting.